“A lot of things in the world have their cheap copies. iPhones, iPods, you name it. Apple for one is usually a massive target of these counterfeit efforts, and Apple AirPods are no exception. Now, there’s a good chance that you bought AirPods from somewhere, but were scammed out of your money.”

You’re probably wondering as to how you should find out if your AirPods are legit or not? Well, allow us to help!

How Do We Find That Out?

Well, worry not, because there are many ways to ensure that your AirPods are real or fake. And in this article, we will be going over all those details. So, whether you’ve been unfortunately cheated, or want to know beforehand, read along and find out!

We are starting with the best, and the most verifiable technique in how to spot fake AirPods?

Simply open the lid of the charging case and you will see the serial numbers. Every single AirPods charging case has a different number. You can enter this number on this official website to find out if they are real or not.

The fake ones naturally will show no data. But the real ones will display all of the details. From the support coverage, the date of purchase, to the repair and service coverage. Though, there is naturally a possibility that some scammer might just put fake AirPods in the real casing. And that is why you should keep reading on.

2. Look At the Packaging

Scammers are getting clever by the day, but they will still be making obvious mistakes. For example, there will also be issues with printing, the spaces would be doubled (or even more than doubled at times).

Apart from mistakes of spelling and grammar, the box itself will give way. Other ways in how to spot fake AirPods. A substandard box with dead colors is a huge giveaway. In some cases, you’ll also see that the original box has two stickerfs to the side, but the fake has just one.

You might come across hinges that are loose in the fake charging case. Grammatical mistakes would be persistent. Lastly, the button on the back won’t be noticeable at all in the real case. While on the fake, it’ll be protruding outside.

Of course, the grills down below, called the diffusers, too, have their own issues. There are two strips at the bottom, in the real one they’re not deep down. In the fake ones, they’re fairly deep, plus, have a different color altogether.

Another noticeable feature is the oval shape surrounding the grills. In the fake ones, the manufacturers will try to make these look as close to a circle as possible.

One of the biggest giveaways in how to spot fake AirPods is the metallic lining on the inside. In the fake ones, it will look really thick. As opposed to being fairly slim in the real ones. Of course, the colors will also be changed. The lightning cable has to be included in the packaging. Otherwise, no surprise, you have a fake.

If your AirPods are using any other type of charging port, like the type C USB, it’s a fake one. Lastly, the angles at which light enters the port will also be different in both the real and the fake.

The last few tricks in our list of how to spot fake AirPods are also simple. Compared to the AirPods pro, in the fake AirPods, these inscriptions aren’t present. Might have to figure that out on your own if you have the fake ones. The sensor that is below the grill is also absent on the fake ones. Bluetooth too will connect in less than ten seconds on the real AirPods.

All in all, there more than just these five ways we’ve listed as to how to spot fake AirPods? The instructions manual comes by Apple in four languages (German, French, English and Spanish). While the fake ones don’t have Spanish manuals.

Similarly, the charging indicator will be much larger on the fake ones. Lastly, the counterfeit manufacturers were able to even copy the H1 chip that connects to iOS.

Cheap copies keep coming in the market on a daily basis. So, we might have to stay extra careful even in the future.

How To Spot Fake Airpods FAQs

Is there any difference in the fonts?

Yes, and it is one of the easiest giveaways. On the one hand, the pixels on the text that says “Airpods” will be blurred on the packaging. While on the other hand, the text on the casing will be much darker. Both of these mean that this is a fake.

Is there any difference in the picture of the lightning cable?

Yes, there is. The real box will show the cable at its original length. While the fake boxes will show it reduced in length.

The text to the Side on my box is reflecting. Is that alright?

This is because the text in the original is painted only in grey. Meanwhile, the fake ones will be reflecting.

The battery life of my airpods is significantly less?

Fake AirPods will die out much faster than the real ones. For example, if you charge your real AirPods for 15 minutes, you’ll be able to listen to them for up to three hours. Or two hours if you’re on call.
Post Views: 465 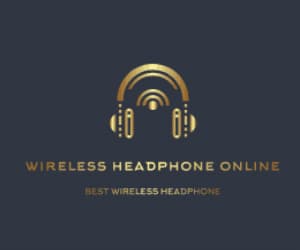 Noise-Canceling, Immersive or Personalized for Your Best Wireless Headphone.